Cusco Cathedral is a Baroque-style cathedral built on the foundations of the palace of the Inca Wirachocha in Cusco.

Construction began in 1550, using many stones looted from the site of the hillside Sacsayhuaman fortress, and was completed a century later. It is considered one of the most splendid Spanish colonial churches in the America.

Within the cathedral’s high walls are some of the best examples of the Cusqueña school of painting, including a Marcos Zapata painting of the Last Supper with a local specialty, cuy (guinea pig), as main course.

The cathedral’s centerpieces are its massive, solid-silver altar, and the enormous 1659 Maria Angola bell, the largest in South America, which hangs in one of the towers.

The cedar choir has carved rows of saints, popes, and bishops, all in stunning detail down to their delicately articulated hands. Five chapels flank each side of the nave; one dedicated to Nuestro Señor de los Temblores (Our Lord of the Earthquakes) contains a solid-gold crucifix that, legend has it, minimized damage to the chapel during a 1650 earthquake.

There’s non-Christian imagery in Cusco Cathedral too: figures of pumas, the Inca representation of the earth, are carved on the enormous main doors. Normal access to the cathedral is not via those doors but through the adjoining Iglesia del Triunfo, the city’s first Christian church.

Día 2
The Koricancha Palace and Convent of Santo Domingo

Koricancha is a classic example of the fusion of Inca and Western cultures, and was one of the most important temples in the Tahuantinsuyu. Its finely polished stone walls were used as the foundations of the Convent of Santo Domingo.

The temple walls were said to have been sheathed in gold and silver, it was dedicated to sun worship, as well as containing images of the gods of thunder and Wiracocha, deities brought from various regions and the mummified bodies of Inca rulers.

Worship within the temple was reserved for the highest-ranking figures of the era, and it was visited by representatives of distant, non-Inca communities all over the empire to render homage to the gods of the Tahuantinsuyu.

Sacsayhuaman is one of the most amazing Incas constructions for tourists. Its Quechua name means «satisfied falcon», it was the falcon that guarded the capital of the empire, since it was possible to overlook Cusco from the hill in where it was erected. If, as it is known, Cusco was designed with the shape of a lying puma, Sacsayhuaman would be its head, and the Coricancha would correspond to the feline’s genitalia.

It is said that the work was started by Pachacutec and continued by Tupac Yupanqui, even though some chroniclers state that it was Huayna Capac who gave it the final touch. Inca Garcilaso de la Vega says that Apu Huallpa Rimachi was the main architect, and that Inca Maricanhi, Acahuana Inca and Calla Cunchuy successively took control of the works.

Its construction took over seven decades and required the work of 20,000 men approximately, both for the foundations and hewn stone works, the transportation of materials, carving and stones setting. Hewn stones could have been located at Muina, Huacoto and Rumicolca, 20 kilometers away from Cusco, and at closer places such as Sallu, Rumi, Chita, Curovilca and Viracocha. Some of its external walls exceed the 9 meters of height and 350 tons of weight.

Spectacular fortress built with huge carved rocks jointed with absolute accuracy, this astounding sample of the Incan military architecture is, undoubtedly, the greatest architectonic work of the Tahuantinsuyo. But, in addition, it proves the undeniable firmness of the great administrative capacity of the empire and its powerful logistic system capable of mobilizing and organizing such a work.

It is located 2 km away from the city of Cusco, that is, 10 minutes by car. As of the Spanish arrival its aspect has changed a lot, since this fortress was used as a hewn stone to build the colonial Cusco.

At 4 and 6 km, 5 minutes to the northeast of Cusco, by asphalted road, we can find the two archaeological sites of Quenko: Quenko Grande, which is located near the road that goes from Sacsayhuaman to Pisac; and Quenko Chico, which is located at 350 meters to the west from the latter, on the hillside. Both of them are worship places whose nature has not been deciphered yet, but in which we can highlight the Inca’s predilection for stone and their thoroughness with regard to the carving process.

These sites are limestone outcrops on which intricate mythical representations had been carved. It is believed that it was destined to the worship of the land. Its Quechua name means zigzag, probably due to the labyrinthine underground galleries, or due to the small channels carved on rocks with that shape.

At 7 km to the northeast of the city, by the road leading to Pisac (30 minutes by car and 2 hours on foot), we find this incaic site which Quechua name means «red fortress» due to the color of the rocks when the twilight reflects on them. (puca = red and pucara = fortress or defended place).

It would deal about a military building made up by overlapping terraces, interior squares, aqueducts, watchtowers, high walls and staircases. However, Its presence along the road may also indicate that it was a wayside inn, though its structure does not belong to the standard outlining that characterizes those buildings along the Inca trails. On this possibility, there is a version that says the Inca accommodated there his numerous delegation each time he decided to visit the Tambomachay baths.

The site occupies another typical rocky place standing out in the Sacsayhuaman plain. Towards the western side, it shows a facade on a free area like a small square. On the opposite site, there is a medium size building, which main characteristic is its strategic location since it controls the whole surrounding territory.

Tambo Machay, 7 km northeast of Cusco, is believed to have been built around 1500 AD.

This site, sometimes referred to as Inca’s Bath or El Baño del Inca, is thought to have been used for religious functions. Some theories suggest Tombo Machay was involved in an Inca water cult. Fountains or waterfalls fed by spring water were used to channel water to a ceremonial stone bath. The fountains are still functional at this well preserved site. Above the baths is an Inca wall.

Tambo Machay is located in a sheltered area about 300m off the road to Pisac. 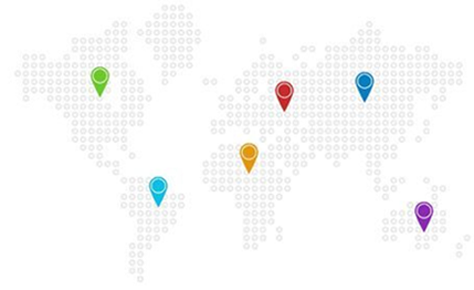